P. J. Nolan was born in Palo Alto County, Iowa on March 8, 1857. He served as postmaster of Ruthven, Iowa from 1885 to 1889. In 1892 he and his brother, John F. Nolan, moved their families to Livingston, Montana, where they engaged in the hardware business. Subsequently they made Livingston their home. They also engaged in mining for several years.

From Nolan's 1906 obituary: "Mr. Nolan was for many years one of the leading citizens of our county. He was a large, well built, fine appearing gentleman. His companionship was at all times agreeable. He had good business ability and he applied himself methodically, judiciously, and assiduously. His life was most exemplary. He would never stoop to an act that would not bear the light of Christian scrutiny. His influence was at all times for the best in the social and political as well as in the business world. It was his earnest, his heartfelt desire to make them all that the best society would require them to be." 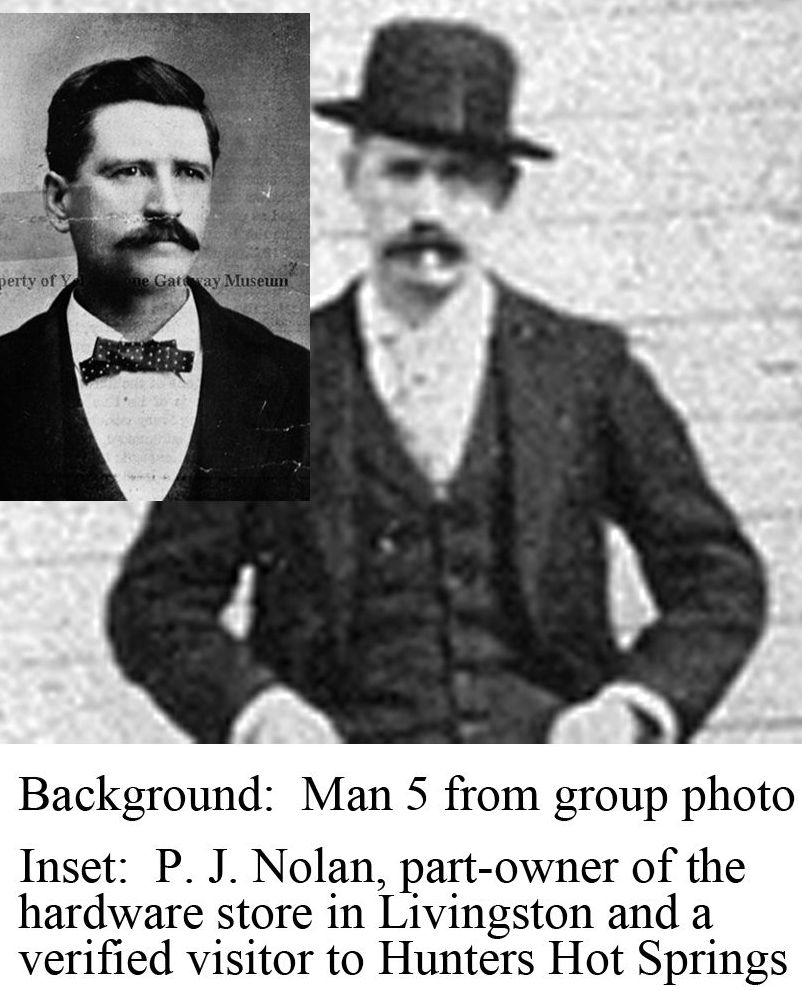